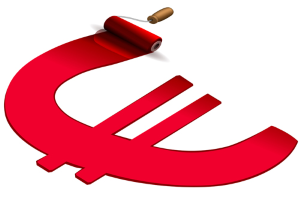 “Buy now, pay later” and “Enjoy now, pay later” are two strategic phrases used by creditors and sometimes sellers in order to convince the costumers to sign up for an offer or to buy a product. When it first started many people fell in the trap and ended up paying more than what they could have imagined.

The people that fall for these offers are mostly people that have low credit scores or have tried unsuccessfully to obtain a credit. There are consumers who will buy just about anything new that comes out; every time there is a new car, a new iPod, a new computer, they want to purchase it and they most likely don’t have the cash up front to pay for it. The minute they see that they can take it home today and pay later, they don’t think about it twice.

The problem with this scheme is that they usually sell you all the good things about it (which boils down to basically paying later) but they don’t read to you the fine print. Most of the time there will be binding terms that will compromise you later on. Make sure you read the terms and conditions before even thinking about signing a contract.

You must check the interest rate they are trying to put on you, most of these offers come with hidden and elevated interest rates given that a lot of the people that take these offers are people with low credit scores.

Also a lot of people are not aware that by agreeing to a buy now, pay later commitment involves opening a finance company account which can potentially harm your credit score in the long run. This happens when for example you go to a store and you want to take an in store credit offer (known as indirect lending); you think you are applying at the store for credit but the truth is an absolutely different entity is the one giving you the credit.

This type of lending is most common in the automotive industry because the dealer will sell you the car but they are not the ones granting you the credit. It is also very common in the furniture industry; you probably have seen numerous times how the furniture stores have signs that state that you can take your furniture today but won’t need to make any payments until 6 months from now. Well in many cases the company lending you the money is a different financial company.

This does not mean that this practice is illegal; everything is agreed upon the moment that you sign the application. It’s in your best interest to always read the fine print, be aware of what terms you’re agreeing to and then make your decision.